As part of a major new subdivision within the Karaka precinct is a modern take on the traditional gable form. Although there are multiple units within this Karaka village development, each unit has its own sense of individualism. The varying arrangement of openings and façade treatment allows each owner to have a standout home all while staying consistent with the design aesthetics of the other units.

Each facade plays with the idea of depth, recessing some of the openings and using operable louvres to fill the void which would create a live street front that reflects the way each homeowner lives. 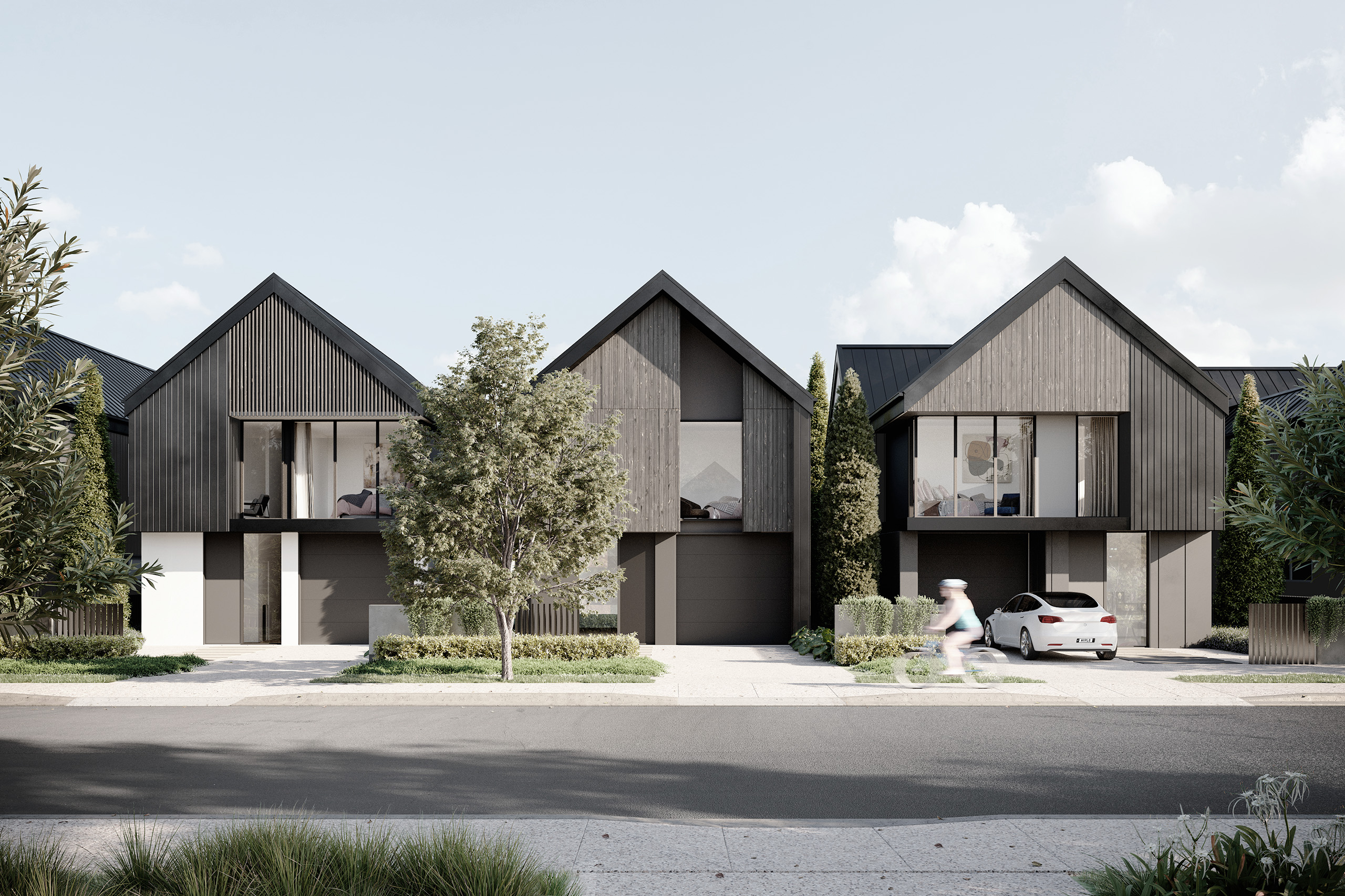 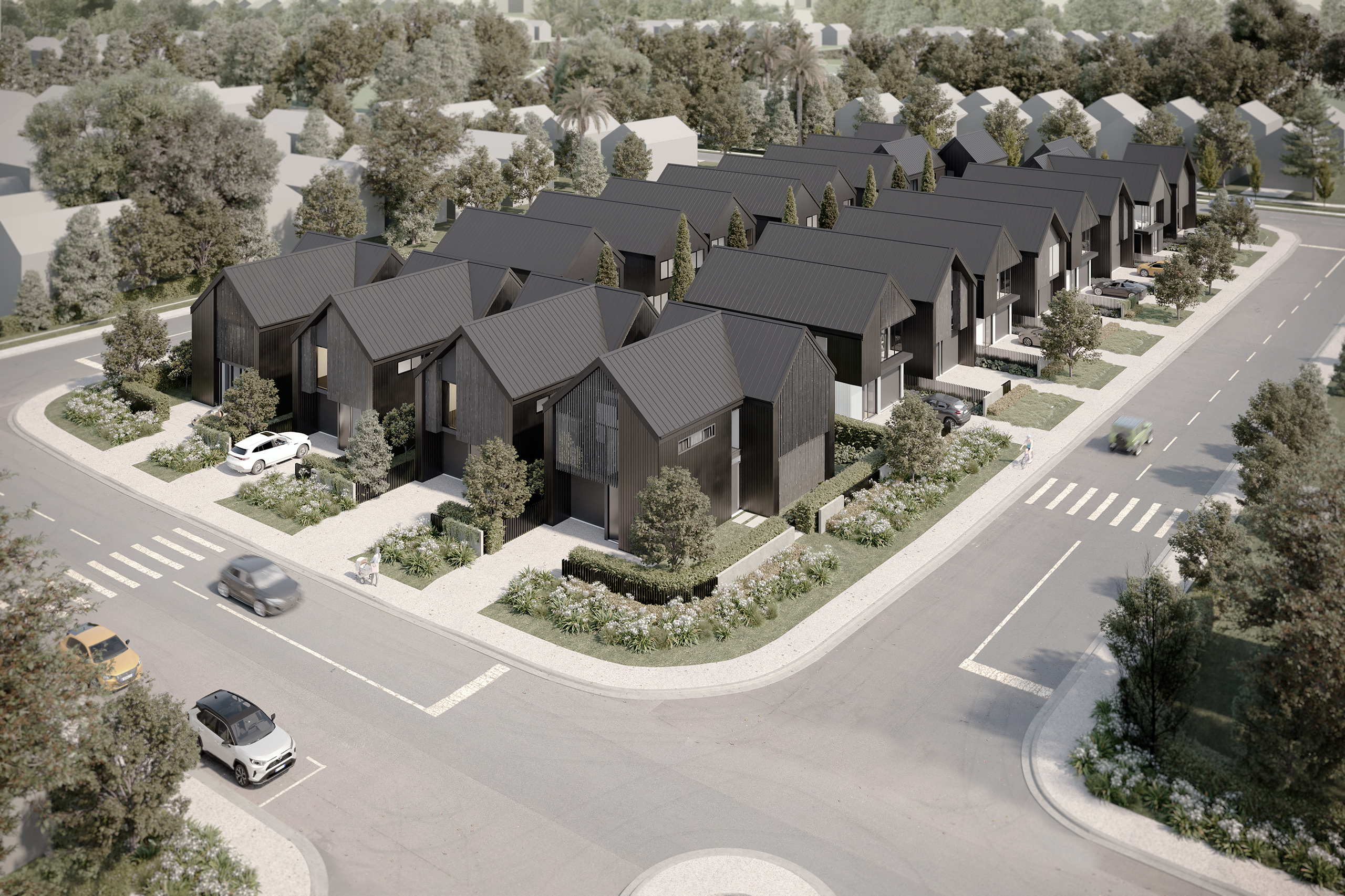